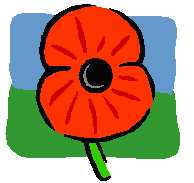 Cecily Margot Lefort (April 30, 1900 – May 1, 1945) was a heroine of World War II.
Born in London of Scottish ancestry, Lefort lived on the coast of Brittany in France from the age of 24 with her French husband, Dr. Alex Lefort. When World War II broke out she fled occupied France and went to England where she and her husband made their home in Brittany available for the underground resistance to use as part of an escape line for downed British airmen and others needing to get out of occupied France.
In 1941, Lefort joined the British Women's Auxiliary Air Force. The following year, as someone fluent in the French language, she volunteered to serve with the F Section (France) of the Special Operations Executive based in London. On the night of June 16, 1943, together with fellow SOE agents Diana Rowden and Noor Inayat Khan, she was flown to Le Mans in France. Trained as a courier, once there she was sent to south eastern France where she worked for the "Jockey" network run by Francis Cammaerts.
On September 15, 1943, while meeting with a contact in the city of Montélimar in the southerly département of Rhône-Alpes, Lefort was arrested by the Gestapo. After being subjected to a ruthless interrogation and torture, she was sent north to the Fresnes prison in Paris. Then, a few months later in early 1944, she was shipped to Ravensbrück concentration camp about 50 miles from Berlin. Ravensbrück had a gas chamber and crematorium, and at the end of 1944, knowing defeat was imminent, the place became a frantic killing center.
Held in a prison with 30,000 women and children, on her prison uniform Lefort had to wear the red triangle patch identifying her as a resistance worker. Living in subhuman conditions, every day the prisoners were made to toil for hours doing such things as paving the streets by pulling a huge iron roller. Suffering from extreme malnutrition and exhaustion, Lefort was deemed by the Germans to no longer be of any value and she was gassed on May 1, 1945.
Lefort was honored by the government of France with a posthumous Croix de Guerre. She is recorded on the Runnymede Memorial in Surrey, England, and as one of the SOE agents who died for the liberation of France, she is listed on the "Roll of Honor" on the Valençay SOE Memorial in the town of Valençay, in the Indre departément of France.
Posted by Linda at 20:17